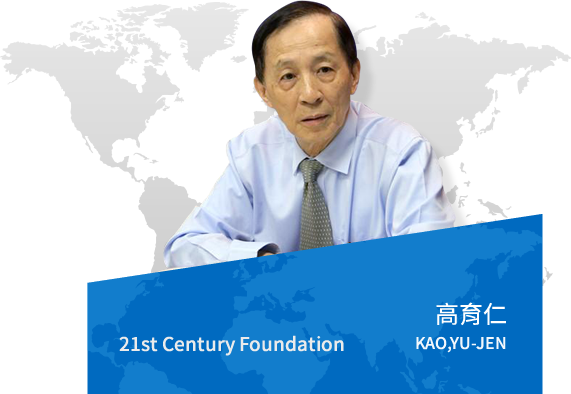 When I visited the think tanks in the U.S., I found that many think tanks were conducting professional and prospective studies about public discussions and policies. They were discussing future trends and developments in the 21st century, including questions related to the return of Hong Kong and Macao the China in 1997 and 1999, and how the rise and expansion of China would affect the world.

I held discussions with key official s and scholars from the think tanks regarding Taiwan's future development, We discussed the topic in depth and brought up many innovative viewpoints. These discussions led me to actively prepare for the establishment of our own think tank - the 21st Century Foundation.